LAUNCH took part in the inter-regional exhibition "Motors", which was held for the first time in Sevastopol and gathered many representatives of the auto business. Auto businesses are actively interested in prospective regions to promote their products.

The main purpose that LAUNCH participated was in the search for business partners and new markets in the Crimea. It was held in the largest Sevastopol’s mall "Musson", where were presented products on the main thematic sections on an area of 1200 m²:

LAUNCH sees its goal here not only in promoting new equipment which we demonstrated at our stand, but also in supporting the existing users of our products. There was an urgent need for timely diagnosis, proper maintenance and repair of this non-trivial and expensive technology, which opens wide prospects for the producers of equipment at the market of the region.

In the inter-regional exhibition "Motors", LAUNCH brings the new X-431 PADIV HD, combining the diagnostic functions of Euro III-VI heavy commercial vehicles, covering more than hundreds of European, American and Chinese brands as well as natural gas engines, engines of engineering and special road construction equipment, buses and light commercial vehicles. It consists of a high-performance industrial computer based on Android, a wireless Bluetooth adapter with a 4 "IPS display for displaying the current status and its own hardware and software configuration. Moreover, it is intended for diagnostics of vehicles with voltage of on-board network from 12 to 24V.

Moreover, the visitors were also interested in the other diagnostics that LAUNCH had presented at the stand: the new X-431 PADIII for passenger cars, the X-431 PRO / PRO3 version of 2016, the telematics golo X, various new Creader automotive series tool and the new AIT diagnostic terminal. X-431 AIT is a cloud solution with artificial intelligence, which was released in 26th, March 2017. 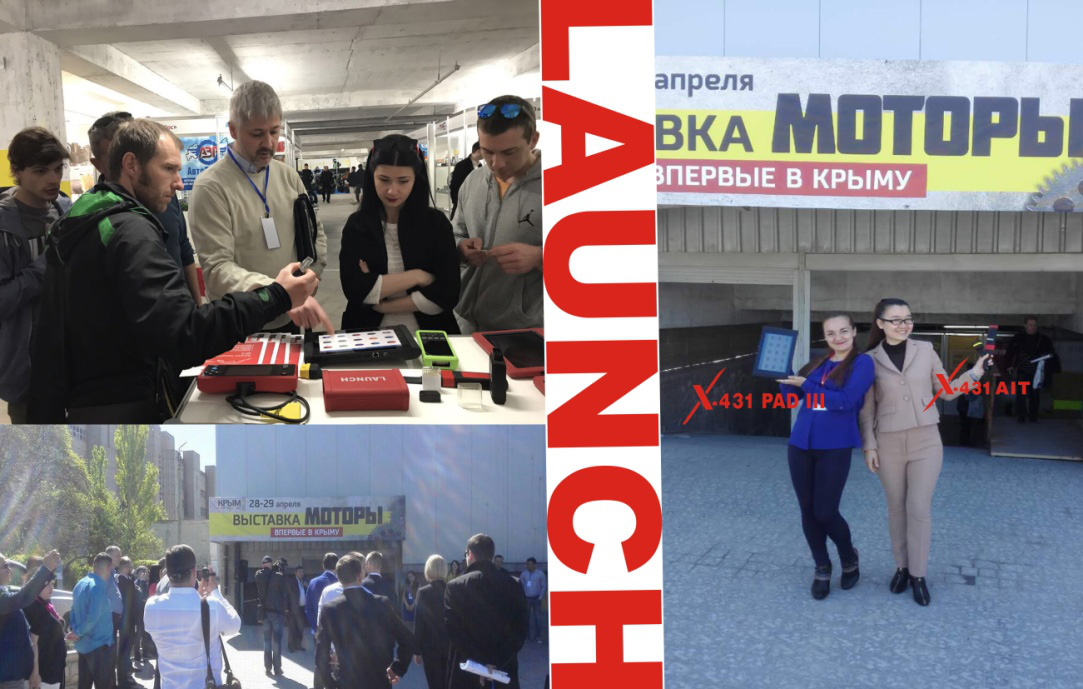