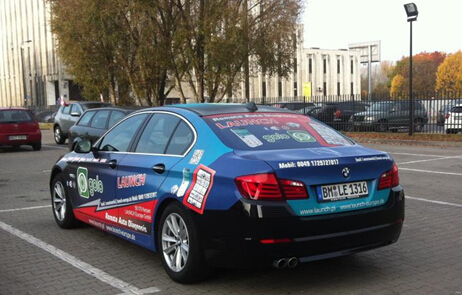 Presentation and demonstration of CUBES in Europe

Between Monday 13th and Friday 17th October 2014, John Reynolds participated in theCUBEs Roadshow exhibition held in the Capital cities ofPoland, theCzechRepublicandHungary. As the CUBEs technology is a first for the European market, the exhibition was aimed primarily at organisations and people for whom the technology is thought most beneficial. Attendee??s therefore included, local agents and distributors, press corps, interested parties, Police and Insurance companies.

As part of the exhibition, Leszek Wasniewski from Launch Europe presented the golo carcare OBD plug-and-play connector. InWarsaw, the venue was the Warszawski Dom Technika where a large attendance was present. Attendees for the event included a number of Police officers from the Polish Police Central Forensic Laboratory.

ThePragueleg of the exhibition took place in the Dorint Hotel on Wednesday 13th October and again the attendees included local agents and distributors, press corps, interested parties, Police and Insurance companies, and also a representative from the local car manufacturer.

The Hote lCity inn was the venue for the Budapest exhibition, which saw a large turnout of local agents, and distributors, press corps, interested parties, Police and Insurance companies.

For the entirety of the road show exhibition, the CUBE technology was well received by the attendees with the consensus being one of great support and welcome for technology which has the capability of extracting crucial digital data, from vehicles involved in major road collisions/ fraudulent road collisions, and from vehicles/ electronic modules, suspected of being stolen or criminally manipulated.

It was a case of ?C ??why haven??t we been able to get this technology before now!?? Of particular interest to attendees was the viewpoint of the CUBEs team willingness to cooperate in on-going partnership with their customers, in addressing mutual issues that inevitably arise when dealing particularly with changing trends in vehicle crime and fraudulent activities.